Good Debt and How it Helps

As Canadians and much of the world accumulates more debt than ever in recent years, it is important to understand that not all money owed is considered bad. In fact, the concept of good debt is a well-known term within the financial industry.

Despite the common perception that borrowing from lender is never ideal, realistically, most people are unable to afford large―but arguably necessary― purchases. Both variable mortgages and fixed mortgages in Leamington have considerably low interest rates and the real estate value usually appreciates, so investing in a home is actually often a smart move.

On the other side of the coin, credit card debt―particularly when accumulated from purchasing non-essential items―is considered bad because there is no long-term financial gain. Coupled with high interest rates from the credit companies, ranging from approximately 12 to 30 percent, luxury items are simply poor financial decisions. Individuals who make continued purchases of this nature, while not being able to make full monthly statements are certainly exemplifying bad debt.

While most of us have believed that owing money is the negative insinuation when it comes to debt; rather, it is when the individuals who have obtained a loan struggle to pay it back and/or will not make any return on investment. The majority of Canadians cannot afford the cost of a home outright―over $450,000 on average across the country. However, many buyers will hope that their variable or fixed mortgage in Leamington, and the interest payments that accompany it, will add up to the cost in the long run. They can, hopefully, even earn a profit when they choose to sell.

For those who cannot realistically afford to pay the mortgage payments of a home that overextends them financially, the decision is ill-conceived and considered bad debt. This is because, even if the home likely appreciates in value, an owner who is not making large enough payments on their variable or fixed mortgage in Leamington and over too many years―not to mention significant expenses on property tax and hydro―is paying mostly interest, rather than actually covering the cost of the home.

Sometimes, debt is simply necessary to get through the day-to-day. Investing in higher education to earn more qualifications or certifications is expected to lead to an improved job, which leads to more money and, not just paying off the student loans acquired from tuition, but earning greater income up until they choose to retire. Continued debt into retirement is an automatic risk because income decreases for most individuals in this stage of their lives.

While still working, obtaining a small business loan could be another form of good debt, as the money would be used to help it grow. Investing in the company by borrowing from a lender means a greater likelihood of seeing greater results when it comes to providing quality products or services. The best scenario when it comes to receiving a loan is having a promising steady income to ensure regular payments are realistic and unwavering, so you do not end up facing truly bad debt. 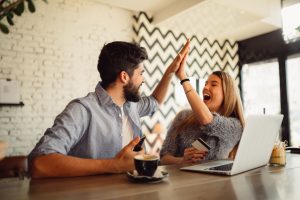 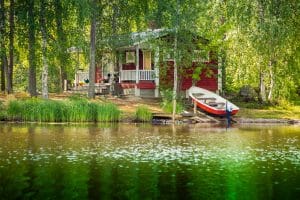 Why You Should Invest in a Cottage

HAVE US CALL YOU